CMC belongs to the category of polyelectrolytes. It is mainly introduced as a binder in the glaze slurry and has a suspending effect. It also has a decoagulation effect for CMC with medium and low viscosity. Therefore, the introduction of a proper amount of CMC into the shaft slurry can not only improve the fluidity of the glaze slurry and improve the grinding efficiency, but also increase the strength of the green sleeve as a binder, reduce the drying shrinkage of the glaze, and make it firmly and difficult to bond with the body. Exfoliation; In addition, sleeve slurry containing CMC has a certain degree of water retention, and the shaft layer is evenly dried to form a flat and dense shaft surface. After firing, the shaft surface is smoother.

The bonding effect of CMC in glaze slurry is manifested by polymer macromolecules or macromolecules relying on hydrogen bonds to form a strong network structure. When CMC is added to the glaze slurry, water is incorporated into the CMC glue block. The areas with few hydrophilic groups combine with water to produce swelling, while the areas with many hydrophilic groups swell and separate from the glue block. The uneven dispersion of micelles makes the size and particle size of the micelles inconsistent. The inside of the limbs is hydrated and swelled, and the outside is combined with a layer of hydrate, that is, the bound water layer. The micelles are free in the glue at the initial dissolution stage. It is symmetrical and regularly interferes with each other through van der Waals forces, and the combined water layer gradually forms a network structure. Because CMC is fibrous, it forms a network structure and is large in size, so it has strong adhesion.

When no additives are added to the axoplasm, due to the gravity of the uranium slurry particles, precipitation will occur after a period of time. Although a certain amount of clay is introduced when the shaft is made, the content is relatively small (generally not higher than 15%, especially in the frit sleeve In general, 1%-5%), can not obviously prevent precipitation. The addition of CMC, due to its unique network structure, supports the gravity of the axial particles, and the molecules or ions of CMC stretch out in the sleeve like a belt and occupy a certain space, preventing the sleeve controllers from contacting each other and making the space stable. After the dissociation of CMC, the negatively charged anion groups and the negatively charged axoplasm particles repel each other, which increases the suspension of the sleeve slurry. Therefore, the addition of CMC can make the glaze slurry have a good suspension. 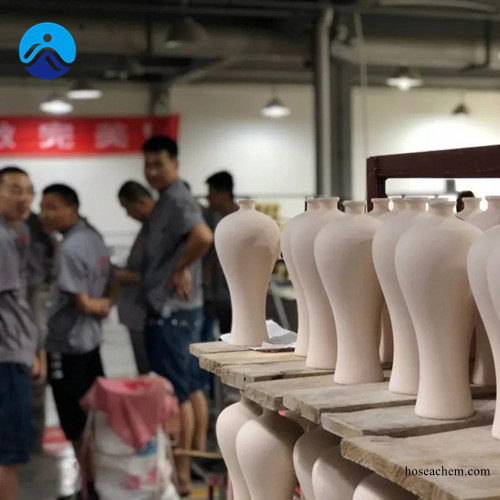 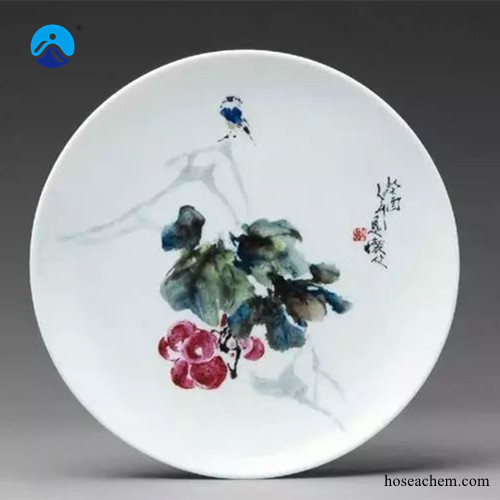